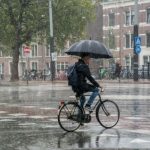 The Rhine Estuary-Drechtsteden Region owes its prosperity to its advantageous location in the delta, where the North Sea and the rivers Rhine and Meuse converge. It is a region of extremes, featuring densely populated urban areas surrounded by cultural landscapes and nature reserves. The area is developing rapidly and needs to address issues such as sea level rise and soil subsidence. The water and flood risk management of the main water system is of supra regional and international importance in many respects. It affects water availability for agriculture, water supply and inland shipping up to Germany and Belgium, it influences the entrance to the port of Rotterdam and it determines the ecological connectivity of the Rhine and Meuse rivers to the North sea. Consequently the region avails of a complicated infrastructure for water and flood risk management, dykes, storm surge barrier, locks, and sluices. Decision making on water management in the region concerns a large  set of stakeholders on many levels, scales, and sectors: the port of Rotterdam worries about  the entrance to the port, NGOs advance nature and ecological concerns and opportunities onto the policy agenda, Rijkswaterstaat and Water Boards take their responsibility for water safety and regional water management, and water supply companies and agriculture and horticulture guards their intakes of fresh water.

In the 2021 National Delta Program, the Delta Commissioner announced a comprehensive, broad-based supra-regional system analysis of the Rhine Estuary-Drechtsteden region for 2040. The analysis will include both closable open variants and closed variants, changes in the discharge distribution, storage in the Southwest Delta, and freshwater supply measures, and adjustment or replacement of other storm surge barriers. Delta Future lab does not wait until 2040 and takes up the challenge now. We call for master thesis students of diverse faculties of TU Delft, Wageningen, Utrecht, Erasmus and other universities to join the Delta Futures lab Rhine Estuary-Drechtsteden team and support the 2040 Commissioner in his task to keep the Netherlands safe and prospering far into the deeply uncertain future. The team will be coached by ir Tom van der Wekken. Tom is a recently retired RWS senior project management with ample experience and knowledge of the region and still involved in knowledge transfer to younger colleagues.